2012 is the Hundredth Anniversary of the Titanic Disaster

On Friday the 13th of January the Italian cruise ship Costa Concordia struck a reef on the Isola del Giglio. Of the 4,229 people on board, few were likely to be Taylors. The ship carried 126-129 US citizens, 25 British, 21 Australia, 12 Canadian and 1 New Zealander. Only two of these people from English speaking countries are dead or missing—Jerry and Barbara Heil from Minnesota. 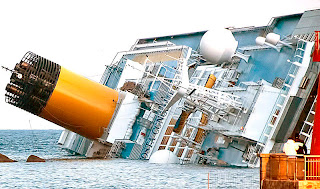 Though the expected loss of the ship, at a cost of $500,000,000, is great, the loss of life is small compared to the Titanic and other notable maritime disasters. 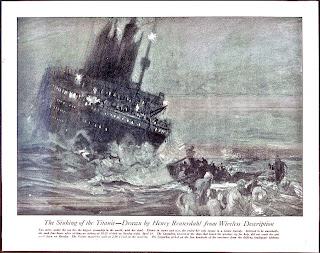 While the loss of life was much greater in number and by proportion for the Titanic, the Costa Concordia has been compared to the more famous shipwreck for several reasons. There were ill omens at the christening of the Costa Concordia—the champagne bottle did not break. One of the surviving passengers of the Concordia was the granddaughter of a Titanic survivor. Apparently the Titanic movie theme song was playing in the Concordia lounge when the ship struck the reef.

But perhaps the biggest surprise was the sense among we privileged people of the 21st century that shipwrecks and loss of life at sea is something that happened in previous times and not a current day matter. Clearly we are not immune to the misfortunes of people of all the ages.

More on the Titanic Taylors in a future post.

Lalia Wilson for the Taylor Surname Project
Find us at www.ftdna.com.

Posted by WiseLalia at 5:18 PM No comments: